In honor of Earth Day, The Bee Cause Project announced a new partnership with The Woodlands Nature Reserve to create an onsite bee sanctuary within the 6,000-acre privately protected property located just outside of downtown Charleston. The sanctuary, expected to complete construction and officially open to the public later this year, aims to add a new layer to The Reserve’s mission to enhance wildlife by increasing biodiversity, making the natural beauty and immersive outdoor experiences unique for its visitors in a way that honors the property by enriching both the land and those who experience it by pursuing best practices for the environment.

BUILDING A “FOOD FOREST” AT THE RESERVE

The partnership between The Bee Cause Project and The Reserve represents one component of a larger initiative from The Reserve to create a “Food Forest,” in which The Bee Cause Project will oversee all efforts related to the bee sanctuary and pollinator support throughout the property. Other partners involved in discussions in the initiative will provide support for new trails and bridges throughout the “Food Forest” section of the reserve, and Dixie Vodka, which will act as the primary sponsor of the bee sanctuary and provide funding for ongoing projects led by The Bee Cause Project.

“We’re so thrilled to kick off this partnership with the team at The Reserve to bring to life a bee sanctuary in the heart of this beautifully protected property here in Charleston,” says Tami Enright, executive director of The Bee Cause Project. “We look forward to providing a vital component to their new Food Forest Initiative and are grateful for the support of our long-term funding partner, Dixie Vodka and its parent company Grain & Barrel Spirits, to help install this project later this year.”

The bee sanctuary will feature multiple beehives, native bee habitat installations, and pollinator programming for visitors to experience and understand the invaluable contributions pollinators make to our natural environment.

ABOUT THE WOODLANDS NATURE RESERVE:

Launched in 2014 and based in Charleston, SC, Dixie Vodka was established with the simple mission of creating an all-American premium craft vodka that represents the best of Southern flavor, craftsmanship and hospitality. With six signature flavors – including its flagship Southern Original, Black Pepper, Citrus, Mint, Peach and Wildflower Honey – Dixie Vodka partners with local farmers across the South to infuse regionally cherished ingredients into its award-winning products, each of which is six-times distilled from American corn. In 2020, Dixie Vodka was ranked the ninth-fastest growing spirits brand in the United States by the Beverage Information Group and remains the largest premium craft vodka produced in the Southeast. In partnership with the Southern-raised sport that transcends regional boundaries, Dixie Vodka is proud to serve as the Official Vodka of NASCAR, the title sponsor of the Dixie Vodka 400 at Homestead-Miami Speedway, and the Official Vodka of Stewart-Haas Racing. Dixie Vodka donates at least 1% of all profits through its 1% for the Planet program, a commitment to supporting non-profits that work to protect the future of the planet. A core brand within the Grain & Barrel Spirits portfolio – an innovation-driven beverage platform that develops and scales craft spirits brands led by founder Matti Anttila – Dixie Vodka can be found on Facebook and Instagram, and on shelves in more than 30 states. 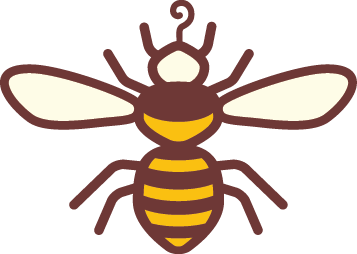 Copyright All Rights Reserved © 2019 The Bee Cause Project. Website by Marcus Amaker Design
0